http://durgan.org/2016/March%202016/17%20March%202016%20Chayote%20Squash/HTML/ 17 March 2016 Chayote Squash
Being recently introduced to chayote squash it was decided to experiment with cooking the fruit. Price was 99 cents each. The fruit was cut into quarters, skin and the seed pod included. Some butter and olive oil was placed in a heavy frying pan. The chayote was cooked on medium heat about 15 minutes. Then a minced onion was added and cooked about five minutes. Pictures depict the process. It is very pleasant tasting. I am going to attempt growing in my zone 5 this Summer. 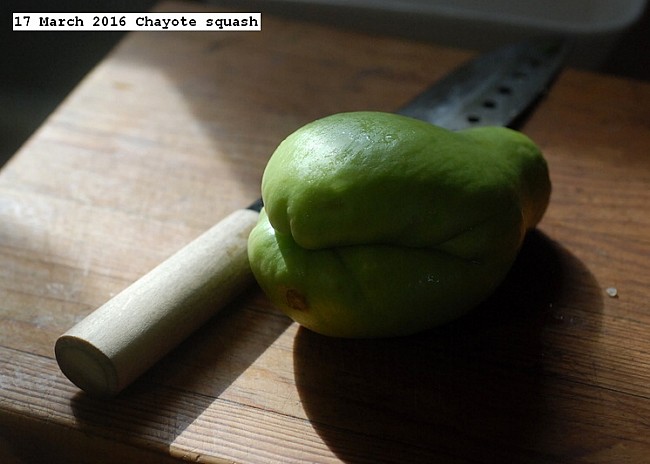