http://durgan.org/2016/June%202016/27%20June%20016%20Sweet%20Potato/HTML/ 27 June 016 Sweet Potato
Ten sweet potatoes are growing in a protected enclosure to inhibit rabbit deprecations. The slips for two of the plants were produced from a supermarket potato. The other eight were ordered from the internet. The twelve slips were all wimpy and I didn’t think they would survive, but planted all and kept them moist and eight of them took off and grew well. I expect a reasonable harvest since the weather is hot. The enclosure was used for blueberries which I uprooted due to poor production. Sweet potatoes grow well in this area, zone 5, and have become a replacement crop in lieu of tobacco for some farmers. 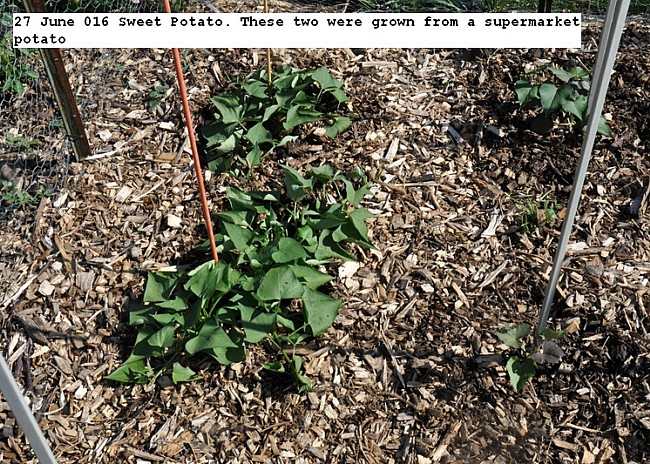 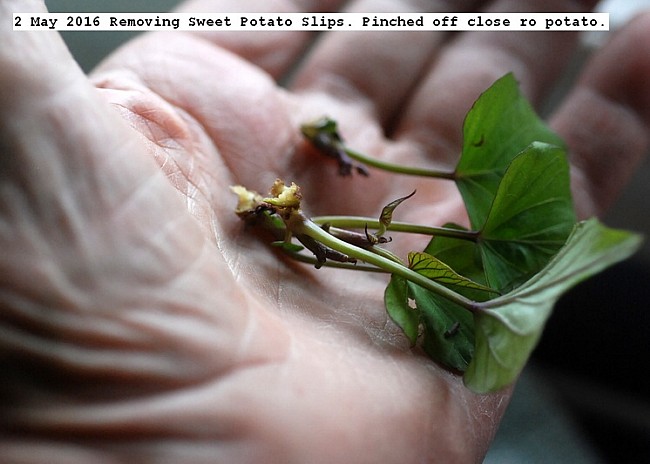 http://durgan.org/2016/April 2016/28 April 2016 Sweet Potato Slips/HTML 28 April 2016 Sweet Potato Slips
Sweet potato slips are starting to form from a sweet potato purchased in the Supermarket about five weeks ago. The larger end is immersed in water held in place with toothpicks. The thin roots form first then the slips form on the thin portion above water. A potato will furnish about six or more. The action is slow. I see slips are available from some Internet suppliers. 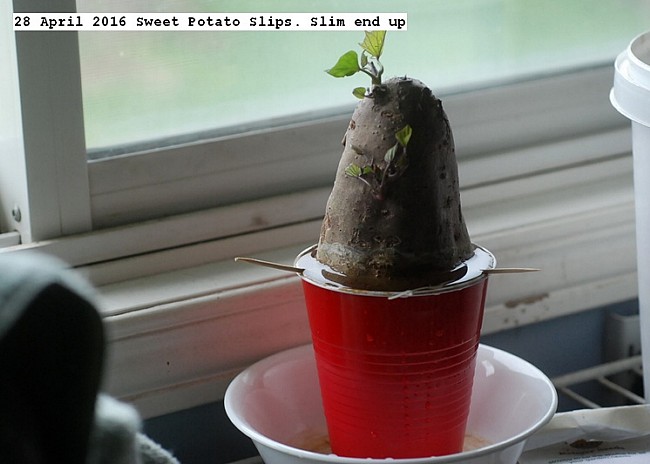