Chitting potatoes with a difference.

Some years I chit my seed potatoes by simply placing them in bright light usually in an egg carton. They often dry out. They grow but look sort of unhealthy.

This year I placed some in a small pot filled with my seedling soil. The soil was just slightly damp. The potatoes grew green sprouts in about two to three weeks. Far greater growth than simply chitting without the soil. The soil in some cases was too wet and the potatoes rotted in the pots, so just damp is the criteria.

Such an improved method is acceptable my case, since I only grow about 75 plants.

Chitted in Pot with soil 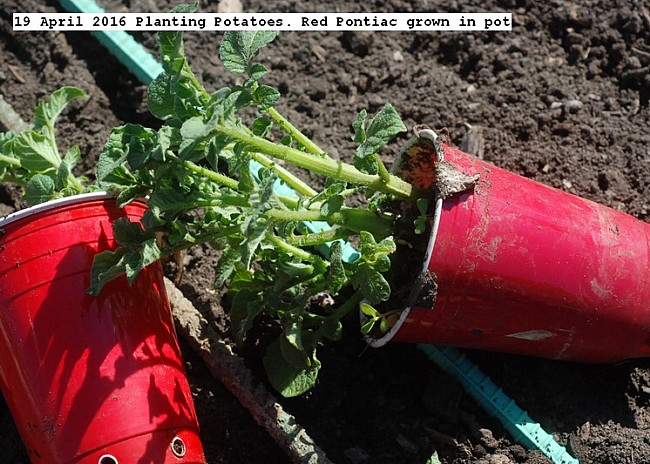 This entry was posted in Uncategorized and tagged Chitting in soil, Chitting Potatoes, Chitting potatoes with a difference.. Bookmark the permalink.