http://durgan.org/2016/July%202016/30%20July%202016%20Tomatoes/HTML/ 30 July 2016 Tomatoes
Thirty pounds of tomatoes were harvested from my 23 plants. This was the first major picking for the 2016 year. Five pounds were saved for the table and the remainder was made into twelve liters slurry/juice. About ten pounds of cucumbers was added to the tomatoes and one liter of water to each batch to facilitate cooking. The slurry/juice was pressure canned at 15 PSI for 15 minutes. Pictures depict the simple process. 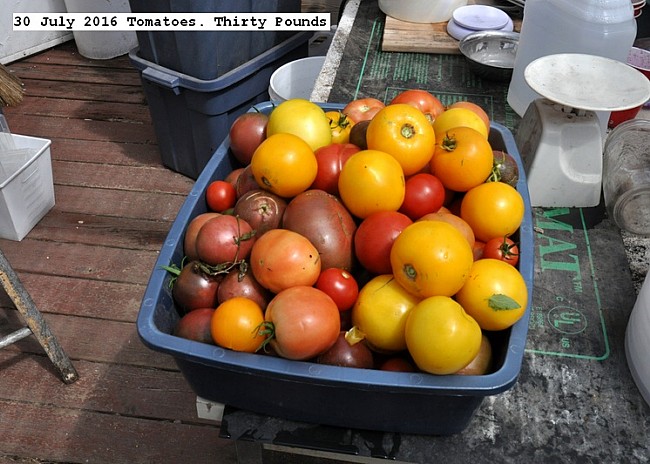