http://durgan.org/2016/August%202016/23%20August%202016%20Eggplant/HTML/ 23 August 2016 Eggplant
Twelve pounds of eggplant, dusky and black magic, were made into 11 liters of pressure canned juice, 15 PSI for 15 minutes. About five pounds of large cucumbers were added, not shown in the pictures. Five liters of water was added to the cooking pot to make a drinkable consistency. There was little residue from the food mill straining, so on this was not put through the Champion juicer. Annotated photos depict the process. 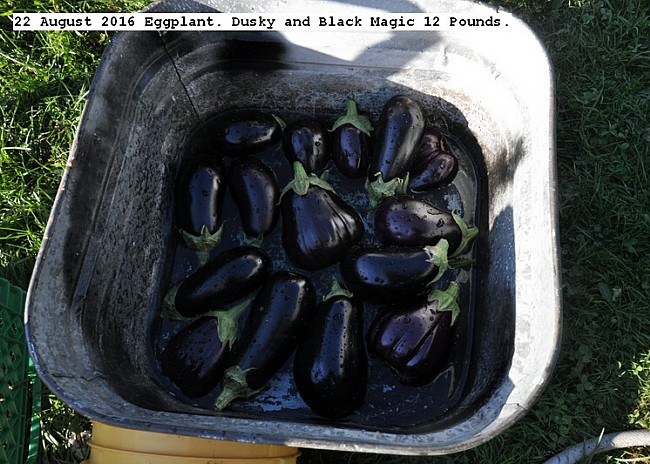 This entry was posted in Uncategorized and tagged 23 August 2016 Eggplant, Eggplant Juice. Bookmark the permalink.