http://durgan.org/2016/October 2016/20 October 2016 Dinner/HTML 20 October 2016 Dinner
A selection of recently dehydrated vegetables were made into a soup with the addition of chopped fresh vidalia onion and some rice mixed with garlic, served with mixed canned juice and two pieces of white buttered toast.
A large spoonful of each dried product was chosen and mixed with two cups of water and microwaved for three minutes.. This made far too much for one serving, so it was split into two portions and the served part was reheated for two minutes after adding a cup of water to reduce the thick consistency. Annotated pictures depict the procedure. 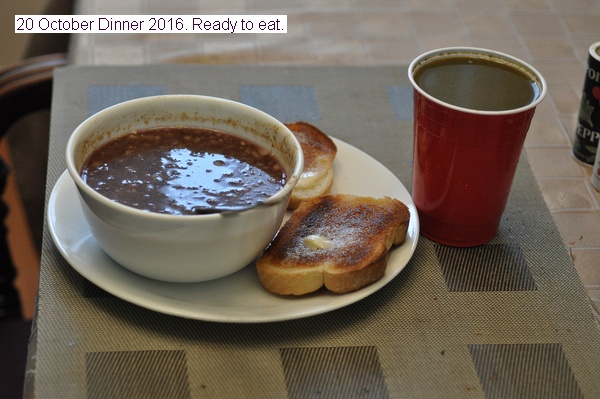