http://durgan.org/2016/December%202016/28%20December%202016%20Marijuana%20Seeds./HTML/ 28 December 2016 Marijuana Seeds
Four marijuana seeds were started from seed.The seeds were soaked for 12 hours in water, placed on a folded damp serviette and forty eight hours later they germinated. The spouted seeds were placed in soil just below the surface on a heating pad set at ~25C.One seed did not grow. Three are growing well. The soil was typical homemade potting soil. The soil is kept slightly damp and placed in a window for light. 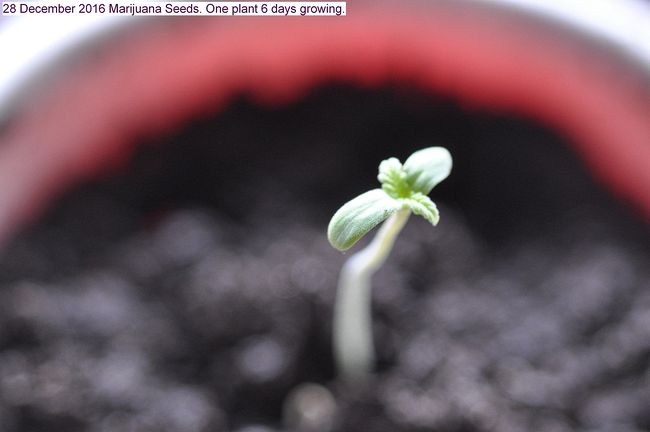