http://durgan.org/2017/February%202017/23%20February%202017%20Starting%20Tomato%20Seeds/HTML/ 23 February 2017 Starting Tomato Seeds(Black Krim)
Five pots of black Krim tomato seeds were started. Last year seed was placed between two sheets of paper towel to confirm viability. Some innovations this year. Five pots are placed in a 23 liter bucket with a fan and a LED light. For now it is an experimental set-up. Main purpose is to see if large stem plants can be obtained. After the plants are established they will be accommodated in the greenhouse utilizing Sunlight. 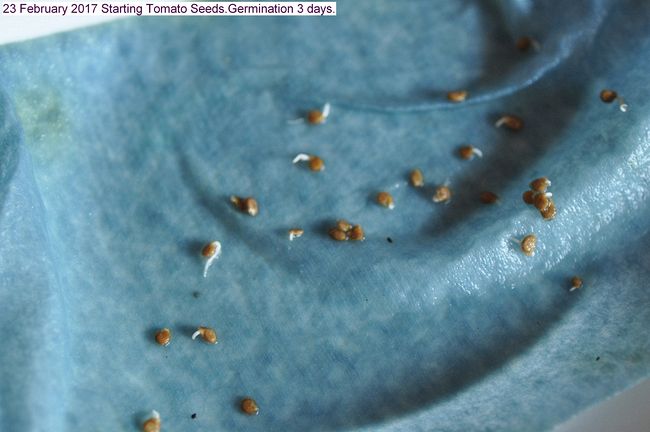 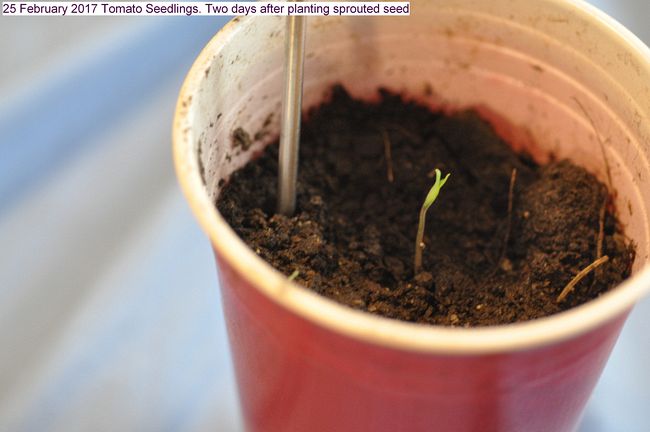 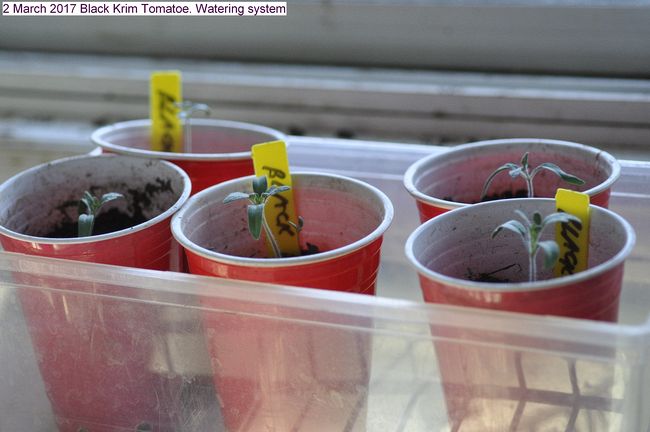 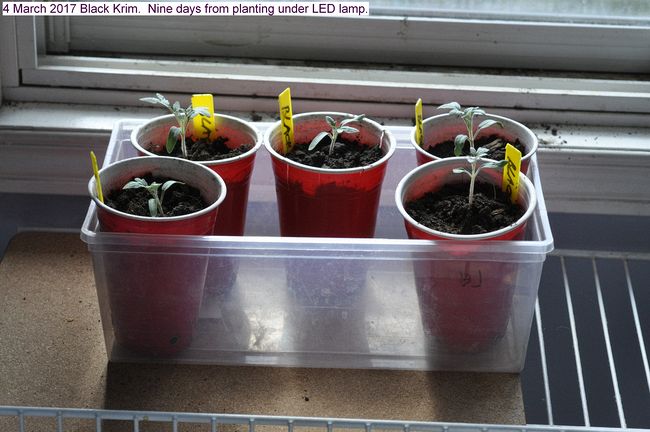 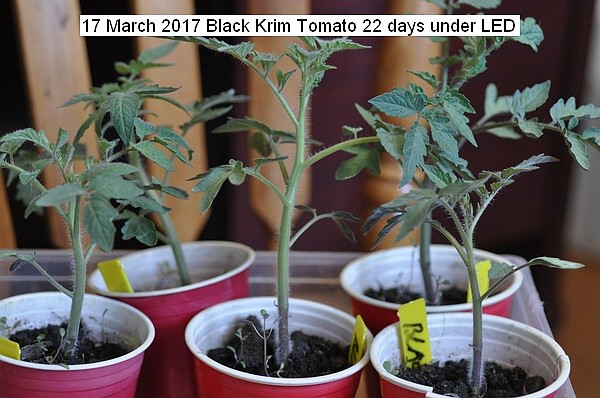 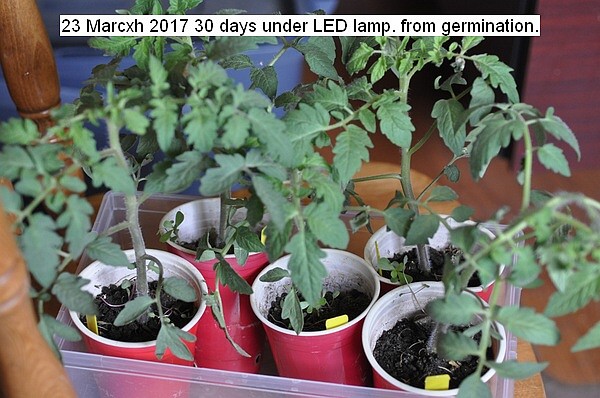 http://durgan.org/2017/March%202017/26%20March%202017%20Black%20Krim%20to%20larger%20pots/HTML/index.htm 26 March 2017 Black Krim to larger pots
The cup pots were getting too small for the Black Krim tomato plant roots, so were moved to larger pots. The pots were placed in containers to facilitate bottom watering. Plants will be kept in the greenhouse until ready for outdoor planting about 25 of May. They are on a heating pad, since the greenhouse is inadequately heated if temperature falls much below freezing. 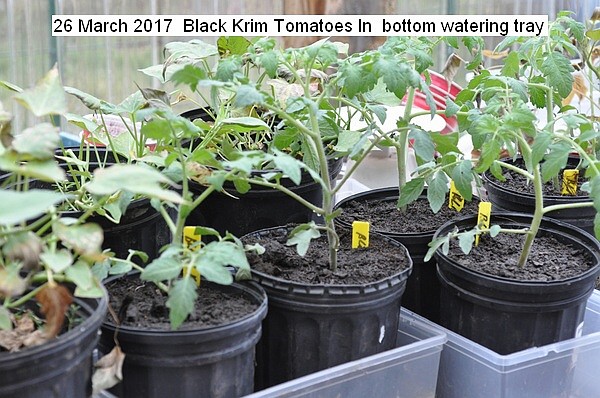