http://durgan.org/2017/April%202017/6%20April%202017%20Chitting%20Potatoes/HTML/ 6 April 2017 Chitting Potatoes
Eighteen Yukon Gold and eighteen Red Pontiac seed potatoes were purchased and placed in soil in pots which will be set in the green house to allow for chitting, until planted in the outdoor garden about 1 June 2017. The date is hopefully after the Colorado Potato Beetle has died off or moved on. Chitting also gives strong roots a head start on the season. Expected is about four pounds plus from each plant, sufficient for my needs. 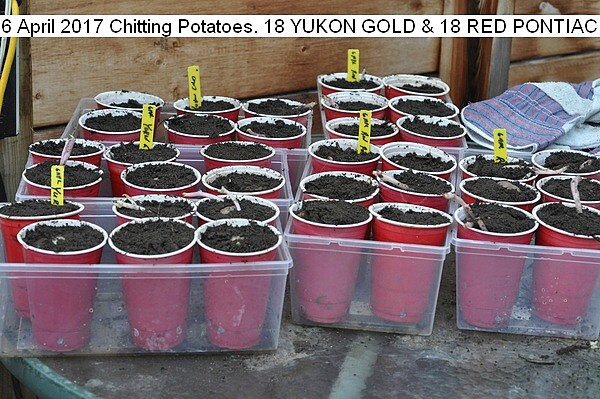 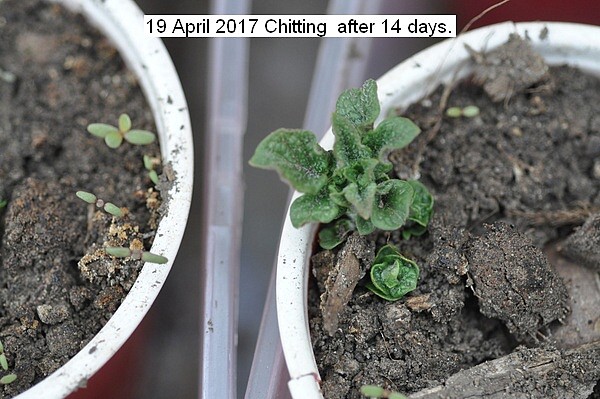 One Response to 6 April 2017 Chitting Potatoes