http://durgan.org/2017/May%202017/14%20May%202017%20Pontiac%20Red%20Potatoes/HTML/ 14 May 2017 Pontiac Red Potatoes
Sixteen Red Pontiac potatoes were planted in the outdoor garden. The potatoes were chitted for about month in the greenhouse to form a strong root system. Spacing in the row was about one foot center to center. Row width on each side is two feet. The center of the plant was marked with a stake, since come harvest there is no vegetation left and fork damage is lessened knowing the potato center. Expectation is 4 pounds from each plant. 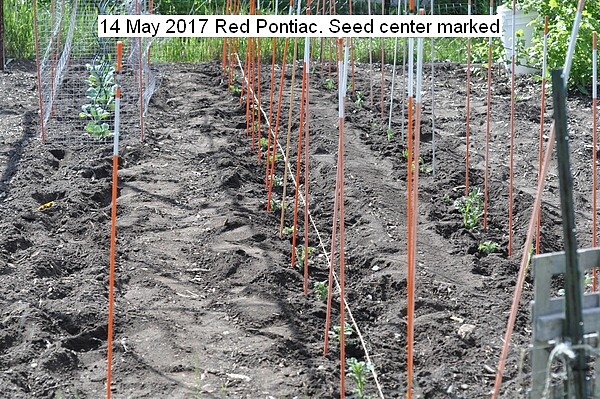 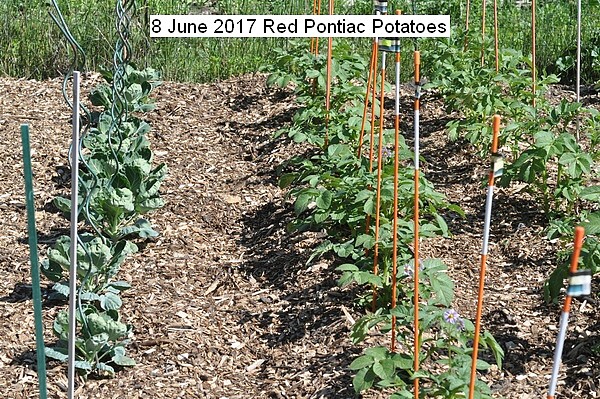