http://durgan.org/2017/May%202017/22%20May%202017%20Seitan/HTML/ 22 May 2017 Seitan
Basic Seitan when baked is too chewy. It is much improved by adding equal amounts of soy bean flour when mixing the dough for baking and enhances the protein content. Soy flour commercially comes in several versions. I now make my own soy flour by de-hulling the beans, dehydrating until dry, then blending into a fine powder. Equal amounts of wheat gluten and soy flour are used. Cooked, the balls are a soft pleasant rich protein source. Much of the chewiness of just using the wheat protein is removed. 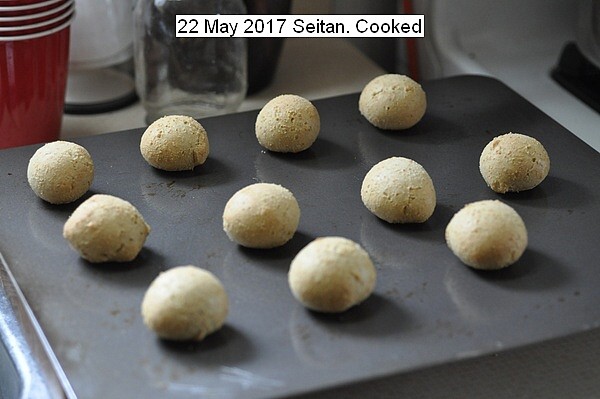 This entry was posted in Uncategorized and tagged 22 May 2017 Seitan, Seitan. Bookmark the permalink.