http://durgan.org/2017/May%202017/27%20May%202017%20Dehulling%20Soy%20Beans/HTML/ 27 May 2017 Dehulling Soy Beans
The first operation in making tempeh is to dehull and split the soy beans. Soy beans dry are 500 ml which swells to 1 liter when boiled. The beans are washed, covered in water and vigorously boiled for 30 minutes. Water is then poured off and the pot filled with cold water. The beans are then manipulated with the hands to remove the skins and to split the beans. The floating skins are then poured off. This operation is repeated about five times and the result is a liter of perfect split dehulled beans ready for pressure cooking. This operation is not onerous and takes about ten minutes. This method eliminates soaking of the bens. 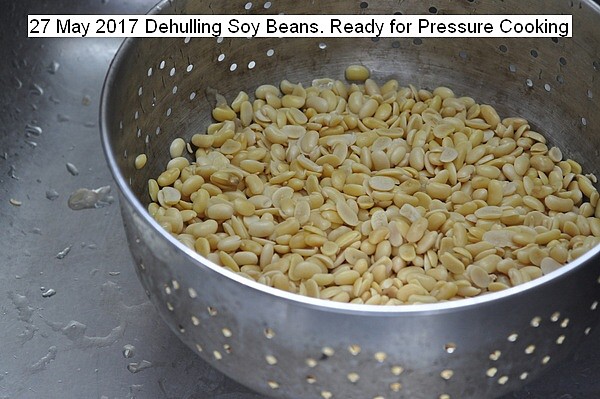 27 May 2017 Tempeh. Pressure Cooking
http://durgan.org/2017/May%202017/27%20May%202017%20Tempeh.%20Pressure%20Cooking/HTML 27 May 2017 Tempeh. Pressure Cooking
The beans after being dehulled and split are pressure cooked at 15 PSI for 30 minutes. The moisture content is ideal for fermentation after being pressure cooked. The beans now may be stored in the freezer until ready to ferment. At that time they will be steamed to raise the temperature to 40C prior to mixing the starter spores. 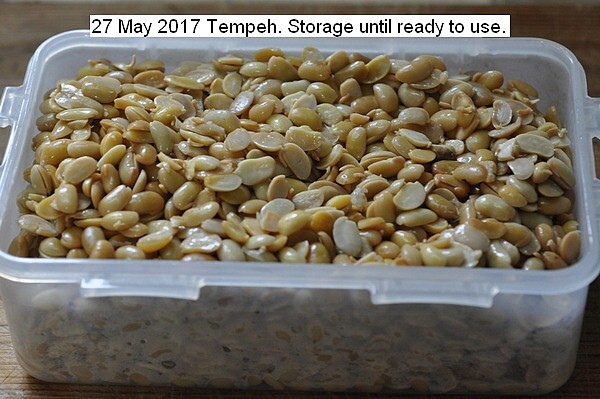 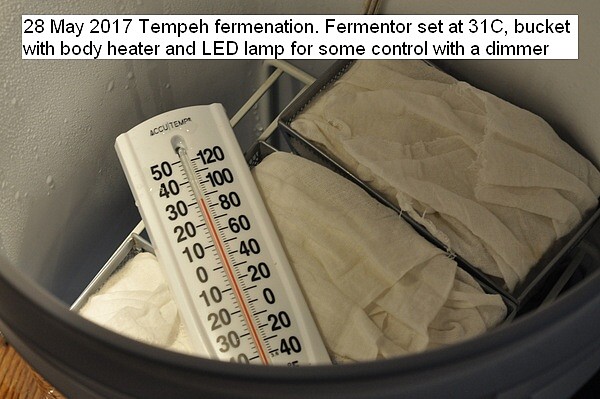 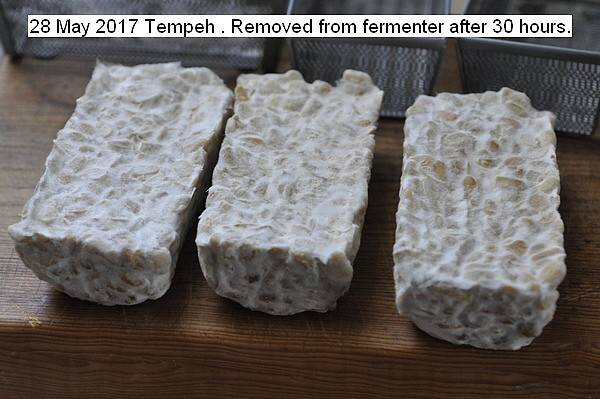