http://durgan.org/2017/August%202017/16%20August%202017%20Garlic%20Juice/HTML/ 16 August 2017 Garlic Juice
One kilogram of hard neck garlic was processed into about half a kilogram of juice. Process was to remove the cloves skins using a tortilla press. The skins lift off after being crushed. The crushed garlic was put through a Champion Juicer. The residue was dehydrated and will be used as a food garnish. The juice was placed in a sealed container and frozen to prevent oxidization. Apparently garlic juice doesn’t freeze solid and may be removed from the container in small pieces for use. Usage is experimental at this stage. 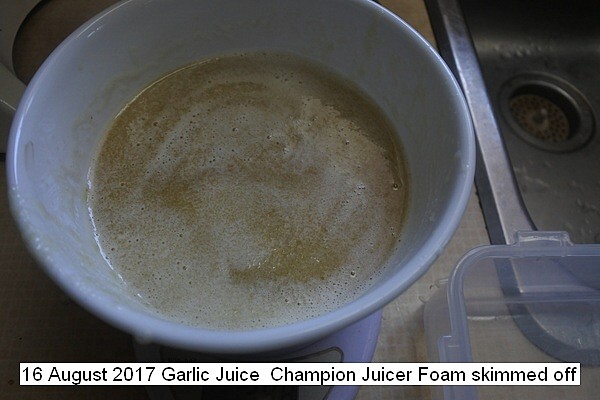