http://durgan.org/2017/October%202017/21%20October%202017%20Marijuna%20Seeds/HTML/ 21 October 2017 Marijuana Seeds
One marijuana plant produces many viable seeds. Sellers on the Internet are asking around $10.00 per seed. Store in the refrigerator in a sealed container after drying. Check viability by placing between two layers of a paper towel and keeping damp. Small shoots will appear after three or four days if viable Treat as you would normal plant seeds. Seeds vary in size considerably up to as large as a small marble. 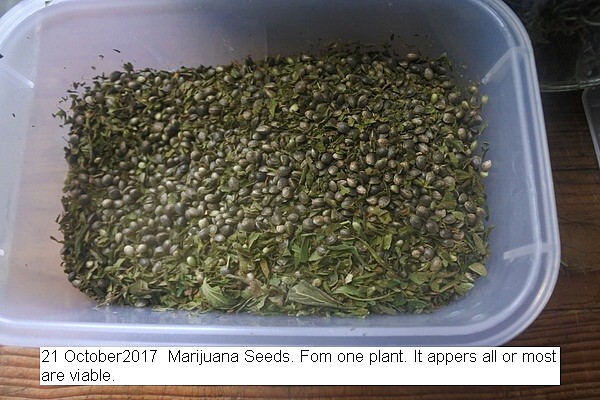