http://durgan.org/April%202019/9%20April%202019%20Removing%20husks%20from%20Chickpeas./HTML/ 9 April 2019 Removing husks from Chickpeas
Making tempeh. husks are removed from the chickpeas. Procedure is to boil the chickpeas for one hour. Remove and cool with cold water. Rub the chickpeas together and float off the husks. Do this five times and the chickpeas will be completely husk free. Then cook the chickpeas for about one hours at a gently boil to soften for tempeh making. 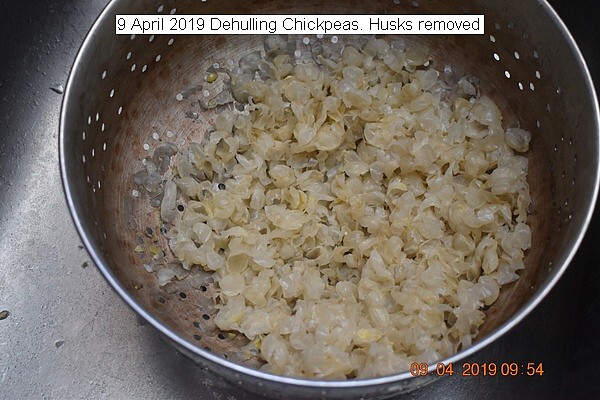 Tempeh was made from the dehulled chickpeas. The beans were further gently boiled for one hour, cooled and a tablespoon of vinegar and tempeh starter mixed. The chickpeas were placed in cotton covered molds and placed in the fermenter for 24 hours. The mycelium permeated the beans and made a perfect tempeh. Pictures depict the method. 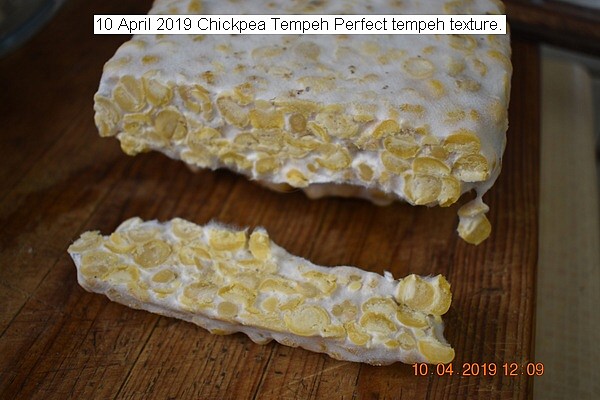 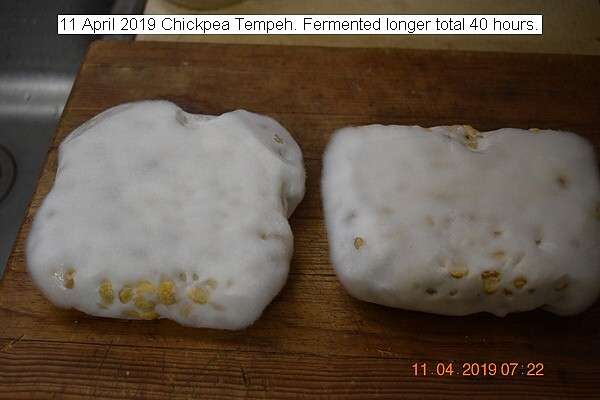