http://durgan.org/2019/June%202019/19%20June%202019%20Haskap%20(Lonicera%20caerulea)/HTML/ 19 June 2019 Haskap (Lonicera caerulea)
First picking of Haskap for 2019. Brix reading was 11, low, prefer about 15. Harvest was placing a sheet under the bush and shaking the tree, then cleaning by blowing air and floating debris off using water. I have five bushes,too crowded, and use an air dancer which appears to be effective for discouraging birds. Milk shakes are made which is the first fresh fruit available in Zone 5.The other three bushes will be left to ripen further before harvesting. 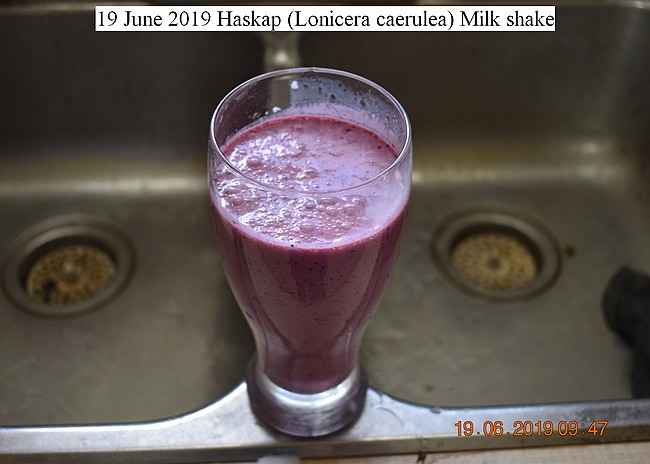 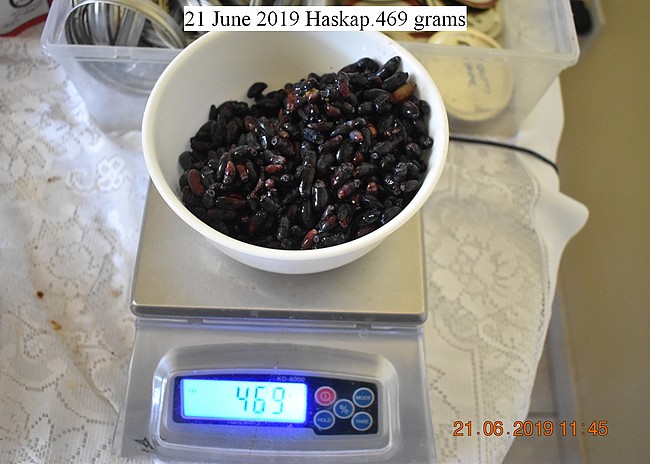 This entry was posted in Uncategorized and tagged 21June 2019 Haskap. Bookmark the permalink.