http://durgan.org/2017/July%202017/20%20July%202017%20Blueberry/HTML/ 20 July 2017 Blueberry
Blueberry were picked from a commercial farm, 19.5 pounds, the first of our season. The berries were large and excellent quality. Over the next two weeks more will be picked total around 90 plus pounds. Sixteen liters of juice was made about 1.2 pounds of berries per liter. Cost was $2.50 per pound. There is little residue in blueberries, but they need be strained to remove the tiny seeds or the juice is slightly gritty for some people. 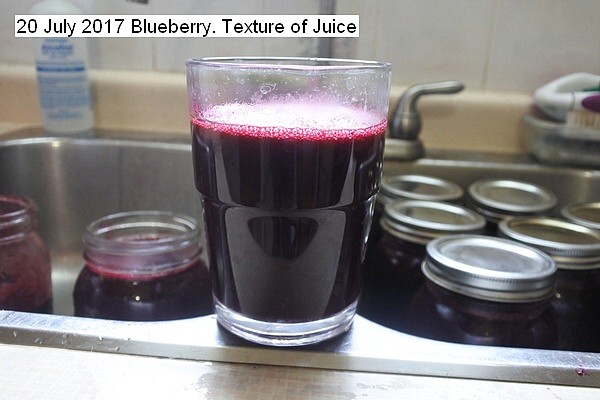 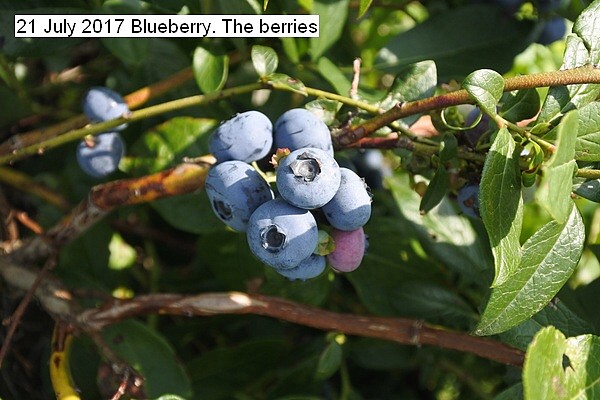 This entry was posted in Uncategorized and tagged 20 July 2017 Blueberry, Blueberry Juice. Bookmark the permalink.