http://durgan.org/2017/October%202017/29%20October%202017%20Pawpaw%20Asimina%20triloba%20harvest/HTML/ 29 October 2017 Pawpaw Asimina triloba harvest
Weather is getting colder so decided to pick the fruit off the Asimina triloba commonly called the Pawpaw tree. Five pounds were picked. Over the season about ten pounds were picked total from two trees. The fruit is sweet and is edible as soon as deemed of sufficient size. After picking the fruit ripens in about three das on the counter top. 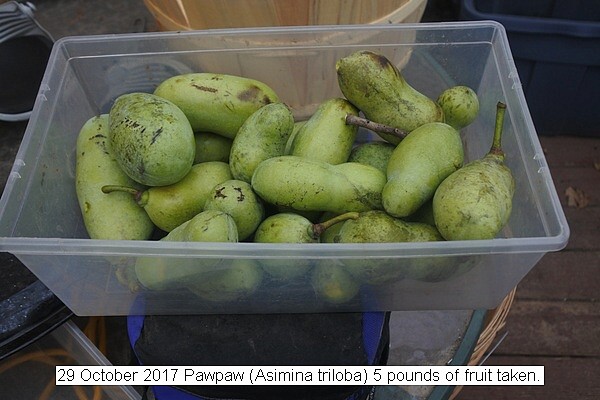