http://durgan.org/2017/May%202017/29%20May%202017%20Pawpaw%20(Asimina%20triloba)/HTML/ 29 May 2017 Pawpaw (Asimina triloba)
There are two Pawpaw (Asimina triloba) trees in the garden planted in 2007 bare root about seven years growing. One tree is in partial shade and the other in full sun. The full sun tree is slightly larger. Only one fruit has been obtained last year from one tree. The leaves are not fully out yet. Both trees are covered in healthy blossoms. In the past the blossoms have usually been damaged by frost which is absent this year. This tree is unique. It is the only native large fruit tree of NA. All other large fruit trees have been imported. Zone 5 is probably on the outer periphery for this tree to grow. The fruit most delicious is not seen in stores since it is soft like a ripe banana and does not ship well. 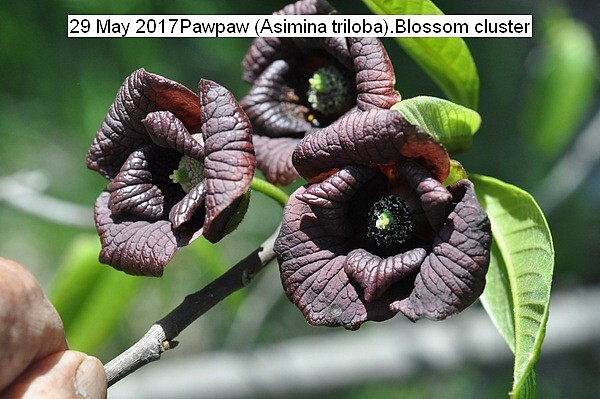 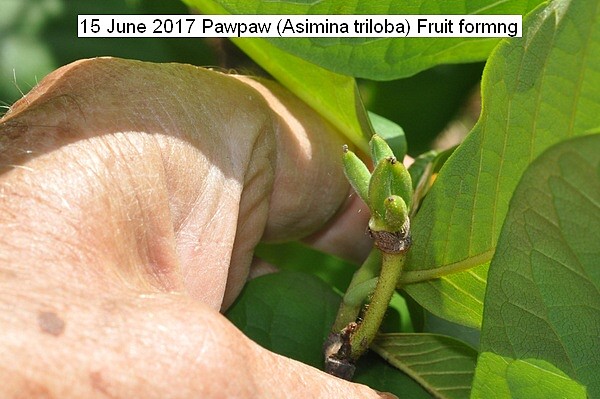 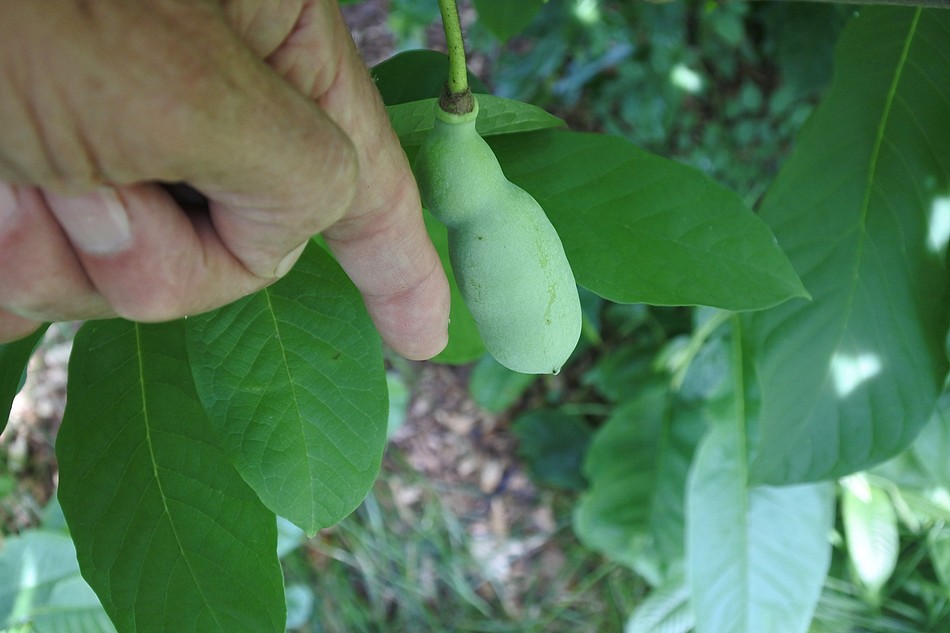